OHRC monitored, through social media and websites, a video clip of Abdulaziz bin Hamad bin Abdullah Al Balushi who was alleged to be beaten in 2011.

Within its efforts to ensure the said person is provided with legal guarantees and to check on his health conditions, OHRC has followed up the matter with the concerned authorities.

On May 28, 2021, OHRC met with Citizen Abdul Aziz Al Balushi, who stated that he is receiving good treatment by those concerned at the Royal Oman Police, and is in good health. He noted that the video clip circulating on social media did not mean that he was beaten in 2011 by the concerned authorities because he was eleven years old at the time. He indicated that he was not present in 2011 demonstrations. As for the marks on his back, he said that they are due to family financial disputes. 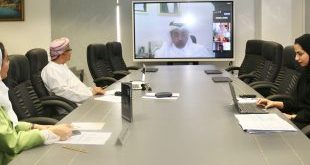 OHRC participates in the annual meeting of the Asia Pacific Forum

A team from OHRC participated in the annual meeting of the Asia Pacific Forum, through …