Home » Human Rights International News » OHRC published the book, “The Man in the Thought of the Sultan”

OHRC published the book, “The Man in the Thought of the Sultan”

In January 2020, OHRC published the book, “The Man in the Thought of the Sultan”, in recognition of the numerous achievements made by the architect of our nation its Renaissance, the Late Sultan Qaboos bin Said – may Allah rest his soul in paradise – who devoted most of his thought and effort to serve mankind and humanity.

The book documents the Late Sultan Qaboos bin Said’s contributions to various aspects of humanity, internally and externally, since the dawn of the modern Omani Renaissance. The book also presents a deep analysis of the personality of the Late Sultan, who was able, through his good vision and insightful thinking throughout 50 years of the modern Renaissance, to establish the concept of nurturing and safeguarding human rights in the Sultanate of Oman. 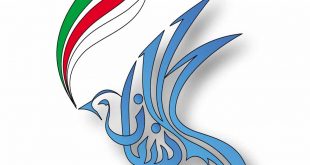 Within the framework of OHRC’s mandate and responsibilities, which is to follow up and respond …