Ministry of Social Development and the OHRC has concluded their awareness program “child protection from neglect and abuse” which was implemented in partnership with the Omani Women Associations in Zofar Governorate, as well as the participation of various concerned and targeted segments of the society.

The awareness program led to the implementation of a set of awareness lectures in the Omani Women Associations of Salalah, Taqa, and Mirbat Governorates, to introduce the rights of the child, the mechanisms for its protection, the methods used in monitoring and receiving communications related to the segments of children, and how to address and limit violations, in addition to introducing the Child Law and the Convention on the Rights of the Child.

During the awareness program, hundreds of printed publications produced by the OHRC were distributed, which explain some of the rights guaranteed to children, provide legal articles related to children’s rights, and introduce the various authorities concerned with the protection and promotion of children’s rights, and means of communication with such authorities. The program also provided story publications directed to the category of children with the aim of raising and enhancing their awareness.

A set of awareness films produced on the context of various issues that were monitored and followed up by the OHRC during the recent period were presented, with the aim of reducing cases of abuse and neglect against children. 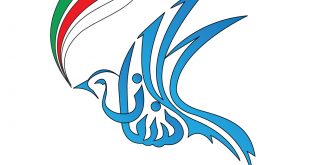