More than a human rights violation against an individual, enforced disappearances have frequently been used as a strategy to spread terror within the whole of society, the United Nations said on Sunday, the International Day of the Victims of Enforced Disappearance.
“The crime of enforced disappearance is rife across the world”, Secretary-General António Guterres said in his message commemorating the day. “We see new cases almost daily, including the disappearance of defenders of the environment, who are often indigenous peoples”.“Meanwhile”, he continued, “the excruciating pain of old cases is still acute, as the fate of thousands of disappeared people remains unknown, making the crime a continuous presence in the lives of the loved ones of the lost”.

Enforced disappearance has become a global problem – not restricted to any specific region of the world.Once largely the product of military dictatorships, enforced disappearances can nowadays be perpetrated in complex situations of internal conflict, especially as a means of political repression of opponents, according to the UN.

Particular concerns involve the ongoing harassment of human rights defenders, relatives of victims, witnesses and legal counsel dealing with cases of enforced disappearance.The UN Committee and Working Group on Enforced Disappearances have identified additional worrying trends, Mr. Guterres said, “including reprisals against relatives of the victims and members of civil society, often in the name of security and counter-terrorism”.“Enforced disappearance also has gendered consequences particularly affecting women and LGBTI persons,” he added.

Also concerning is the use of enforced disappearance by States of counter-terrorist activities as an excuse for breaching their obligations along with the widespread exemption from punishment for the crime.“Impunity compounds the suffering and anguish,” underscored the UN chief maintaining that it is “critical to pursue credible and impartial judicial investigations.”Under international human rights law, families and societies have a right to know the truth about what happened.“I call on Member States to fulfil this responsibility”, he upheld.

Hundreds of thousands of people have vanished during conflicts or periods of repression in at least 85 countries around the world, attests the UN.“With the support of international human rights mechanisms, States have a duty to strengthen their efforts to prevent enforced disappearances, to search for victims, and to increase assistance to victims and their relatives,” the top UN official stated.And special attention must be given to vulnerable populations, like children and people with disabilities.“On this International Day, let us renew our commitment to end all enforced disappearances”, the Secretary-General said, calling on all States to “ratify the Convention for the Protection of all Persons against Enforced Disappearances and to accept the competence of the Committee to examine individual complaints”.He called it “a first, but crucial step, towards the elimination of this atrocious crime”. 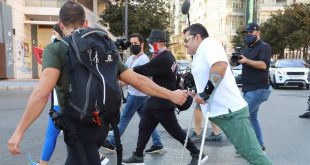 UN chief calls for greater inclusion of persons with disabilities

Achieving a world where all people have equal access to opportunities is a goal worth fighting for, UN …